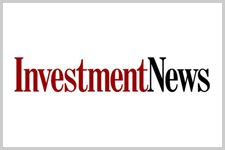 InvestmentNews was just here in Billings to interview Gabe & Leo. Here is their take on their time here!

Its 8:30 on a Monday morning. I’m decked in head-to-toe camouflage, hiding behind a tree on a rocky bluff in Montana. And I’m fairly certain I’m about to get shot.

No, this isn’t the beginning of a Brian Williams joke, it’s just the middle of our third, and most adventurous, season of Practice Makeover,InvestmentNews’ practice management reality series.

From Salisbury, N.C., to Bala Cynwyd, Pa., to Billings, Mont., each installment has been more exciting than the next as we work with advisers and coaches to provide critical practice management tips to the financial services industry.

We also wanted to find a multigenerational practice coping with transition. Anecdotally, we have discovered that the reason most advisers don’t have a succession plan is because they are hoping to pass their business along to their children.

So what does all of this have to do with camouflage?

Each season, we have had the pleasure to get to know some incredible financial advisers. They have invited us into their practices and given us unfettered access to their staff and their business. And each season, we have asked, “What else can we shoot to give our audience a fuller picture of you?” And each season, the advisers have politely declined, choosing to keep the show focused on business.

That was until we met Leo and Gabe Lapito, a unique father-son financial advisory team based in Billings, Mont., with $175 million in assets under management.

But if the story stopped there, we wouldn’t have done it justice.

Leo is a 63-year-old surfer, fly fisherman and avid weightlifter who knew he didn’t want to die at his desk. Gabe is a 30-year-old family man, golfer, and outdoorsman excited to take the business his father built to the next level.

The duo spent the five-day shoot trying to one-up each other. After Gabe took our crew golfing on our first morning in Montana, Leo took us to the local gym to witness his unique workout routine, which included handstand pushups.

That evening, my director, Matt Bleistein, asked, “What do you think about putting on some camouflage and going bow hunting with Gabe tomorrow?”

For the record, we didn’t shoot anything (except a few targets and a terrific scene with Gabe.) After we finished filming, Gabe offered his bow to members of the crew to try shooting a few arrows.

That was the moment I hid behind the tree and began to fear for my life.

All told, this is the most exciting (and different) season of Practice Makeover. At the heart of it is a story of succession planning and transitioning a business from father to son. We had the pleasure of working with some fantastic industry experts to offer some important succession planning tips for advisers.

Because at the end of the day, that is what this series is all about: providing terrific practice management advice.

Wearing some camouflage and meeting some incredible people along the way are just a few of the fringe benefits we get to enjoy as we tell an amazing story.