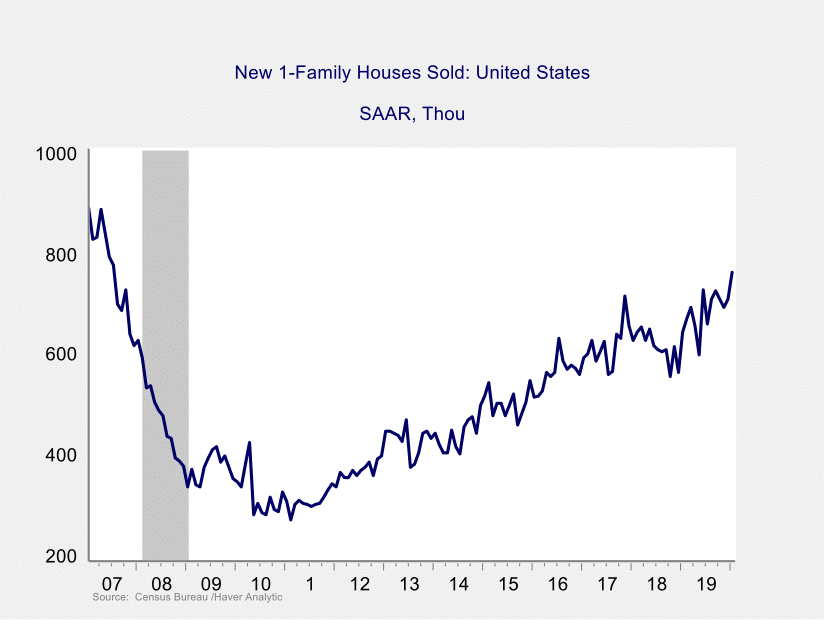 A turbulent February for markets

February was a tough month for markets, ending in a terrible final week—the worst week for U.S. equity market returns since 2008. Investors were spooked by news about the spread of the coronavirus and fled to safe-haven assets. The S&P 500 fell by 8.23 percent, the Dow Jones Industrial Average (DJIA) dropped by 9.75 percent, and the Nasdaq Composite lost 6.27 percent.

This sell-off came despite positive fundamentals, with fourth-quarter earnings for the S&P 500 continuing to come in above expectations. Per Bloomberg Intelligence, as of February 20, the blended average earnings growth rate for the S&P 500 stands at 1.3 percent for the fourth quarter, with 86 percent of companies reporting. This is a solid improvement from initial estimates of a 1.2 percent decline. If this growth rate holds, it would represent the first quarter with year-over-year earnings growth since the fourth quarter of 2018. While prices can diverge from fundamentals over the short term, fundamentals drive growth in the long term. So, this return to growth is a positive development for markets.

Technicals were far less supportive for U.S. equities during the month. Both the S&P 500 and DJIA ended below their respective 200-day moving averages. The Nasdaq Composite was the only major equity index that finished above its trendline. It traded below this level on the final trading day of the month, however, before recovering and finishing above trend. This is an important technical signal, as prolonged breaks below this trendline could indicate a longer-term shift in investor sentiment.

The story was much the same internationally, with the MSCI EAFE Index falling by 9.04 percent for the month and emerging markets declining by 5.27 percent, both due to coronavirus concerns. Technicals were a headwind for international markets, with both indices finishing below their respective 200-day moving averages.

The major beneficiary from the risk-off sentiment was investment-grade fixed income. Investors sold out of riskier asset classes and flocked to the relative safety of bonds. Yields fell sharply, as shown by movements in the 10-year Treasury yield, which started February at 1.54 percent and finished at 1.13 percent. Falling yields drove the Bloomberg Barclays U.S. Aggregate Bond Index to a gain of 1.80 percent.

High-yield fixed income, which tends to be more closely correlated with equities than with interest rates, did not fare as well. The Bloomberg Barclays U.S. Corporate High Yield Index was positive for much of the month. But the risk-off sentiment that pervaded markets hit high-yield bonds near month-end, causing a decline of 1.41 percent. Investors demanded more yield to compensate for perceived higher levels of risk. As a result, credit spreads for high-yield bonds widened to levels last seen in June 2019.

Concerns about the spread of the coronavirus were the major driver of market volatility in February. In January, investors were focused largely on the spread of the disease in China and the steps governments around the world were taking to contain it. But in February, news that the virus had spread throughout much of the world spurred fears of a pandemic. Reports of untraceable cases and the first death from the virus in the U.S. drove this point home for Americans.

Market reactions to this larger-scale problem were severe, as was the case with previous epidemics, such as Ebola, Zika, and SARS. In that sense, while the risks are real, we have seen this movie before. There’s certainly no guarantee things will play out as they have in the past. But with each of these epidemics, we saw short-term volatility followed by quick recovery once the disease was contained. Data from China and other countries around the world shows that, so far, the spread of the coronavirus is moderating. So, it is not unreasonable to expect a similar market recovery once more progress is made.

While investor attention was dominated by the sell-off at month-end, many of the economic updates released during the month showed signs of an improving economy. February’s consumer confidence reports were encouraging, with both major measures of consumer sentiment increasing to multi-month highs. The University of Michigan consumer sentiment survey was especially encouraging. It included survey responses from consumers through February 25, when markets were experiencing the virus-related sell-off. So far, consumer sentiment has remained resilient despite the spread of the virus. We will be monitoring this closely, however, given the close relationship between consumer confidence and spending.

Speaking of spending, consumer spending data released during the month was solid as well. Headline retail sales grew 0.3 percent in January, marking the fourth straight month of headline sales growth. Housing sales were also impressive, with existing home sales up nearly 10 percent year-over-year. New home sales were even more notable, increasing by 7.9 percent. This brought the pace of new home sales up to its highest monthly level since 2007, as you can see in Figure 1. Overall, February’s data releases showed the American consumer was very active to start the year.

Businesses also showed improving confidence and spending figures. Both manufacturer and nonmanufacturer confidence increased by more than expected in January. Durable goods orders came in better than expected for both December and January. Core durable goods orders, which are a proxy for business investment, increased for the third straight month. This indicates the slowdown we saw in business investment throughout much of 2019 may be reversing. Although they could be at risk going forward, these positive economic fundamentals provide a substantial cushion for any economic damage from the virus.

Despite the strong fundamentals we saw during the month, risks remain, and more volatility is likely. Previous epidemics have had minimal long-term effects on markets, but there is no guarantee this outbreak will follow the same pattern.

That said, markets are now pricing in quite a bit of risk, and there is potential for good news to lead to a market rally. We’ve already seen some evidence of this in China, where reports of a slowdown in new cases led to a partial recovery in equity markets at month-end. In the U.S., fundamentals and spending are strong. So, we can still expect economic growth to continue in 2020. There is also the potential for market support from global central banks. They are monitoring the spread of the virus carefully and will be ready to step in with supportive monetary policy if necessary.

Ultimately, the major risk to the economy is the potential for a sharp drop in confidence in the face of the negative headlines. We will be watching this going forward. Given the likelihood of further short-term volatility, February’s results remind us of the importance of constructing portfolios that can withstand volatility. As always, a well-diversified portfolio that matches investor goals and time horizons remains the best path forward.

All information according to Bloomberg, unless stated otherwise.

Disclosure: Certain sections of this commentary contain forward-looking statements based on our reasonable expectations, estimates, projections, and assumptions. Forward-looking statements are not guarantees of future performance and involve certain risks and uncertainties, which are difficult to predict. Past performance is not indicative of future results. Diversification does not assure a profit or protect against loss in declining markets. All indices are unmanaged and investors cannot invest directly into an index. The Dow Jones Industrial Average is a price-weighted average of 30 actively traded blue-chip stocks. The S&P 500 Index is a broad-based measurement of changes in stock market conditions based on the average performance of 500 widely held common stocks. The Nasdaq Composite Index measures the performance of all issues listed in the Nasdaq Stock Market, except for rights, warrants, units, and convertible debentures. The MSCI EAFE Index is a float-adjusted market capitalization index designed to measure developed market equity performance, excluding the U.S. and Canada. The MSCI Emerging Markets Index is a market capitalization-weighted index composed of companies representative of the market structure of 26 emerging market countries in Europe, Latin America, and the Pacific Basin. It excludes closed markets and those shares in otherwise free markets that are not purchasable by foreigners. The Bloomberg Barclays Aggregate Bond Index is an unmanaged market value-weighted index representing securities that are SEC-registered, taxable, and dollar-denominated. It covers the U.S. investment-grade fixed-rate bond market, with index components for a combination of the Bloomberg Barclays government and corporate securities, mortgage-backed pass-through securities, and asset-backed securities. The Bloomberg Barclays U.S. Corporate High Yield Index covers the USD-denominated, non-investment-grade, fixed-rate, taxable corporate bond market. Securities are classified as high-yield if the middle rating of Moody’s, Fitch, and S&P is Ba1/BB+/BB+ or below.