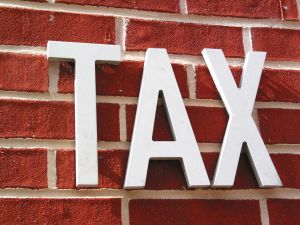 The Internal Revenue Code says that if you receive a distribution from an IRA, you can’t make a tax-free (60-day) rollover into another IRA if you’ve already completed a tax-free rollover within the previous one-year (12-month) period. The long-standing position of the IRS was that this rule applied separately to each IRA someone owns. Earlier this year, however, the Tax Court, in the case of Bobrow v. Commissioner, held that, regardless of how many IRAs he or she maintains, a taxpayer may make only one nontaxable 60-day rollover within each 12-month period.

The IRS response to Bobrow

The IRS, in Announcement 2014-15, indicated that it would follow the Tax Court’s Bobrow decision and apply the one-rollover-per-year limit on an aggregate basis, instead of separately to each IRA you own. However, in order to give IRA trustees and custodians time to make changes in their IRA rollover procedures and disclosure documents, the IRS indicated that the revised rule would not apply to any rollover that involved an IRA distribution that occurred before January 1, 2015.

In November, the IRS issued Announcement 2014-32, providing further guidance on how the revised one-rollover-per-year limit is to be applied. Most importantly, the IRS has now clarified that:

The one-rollover-per-year limit does not apply to direct transfers between IRA trustees and custodians, rollovers from qualified plans to IRAs, or conversions of traditional IRAs to Roth IRAs.

What this means to you

In general, it’s best to avoid 60-day rollovers whenever possible. Use direct transfers (as opposed to 60-day rollovers) between IRAs, as these direct transfers aren’t subject to the one-rollover-per-year limit. The tax consequences of making a mistake can be significant–a failed rollover will be treated as a taxable distribution (with potential early-distribution penalties if you’re not yet 59½) and a potential excess contribution to the receiving IRA.

The accompanying pages have been developed by an independent third party. Commonwealth Financial Network is not responsible for their content and does not guarantee their accuracy or completeness, and they should not be relied upon as such. These materials are general in nature and do not address your specific situation. For your specific investment needs, please discuss your individual circumstances with your representative. Commonwealth does not provide tax or legal advice, and nothing in the accompanying pages should be construed as specific tax or legal advice. Securities offered through Commonwealth Financial Network, Member FINRA/SIPC.